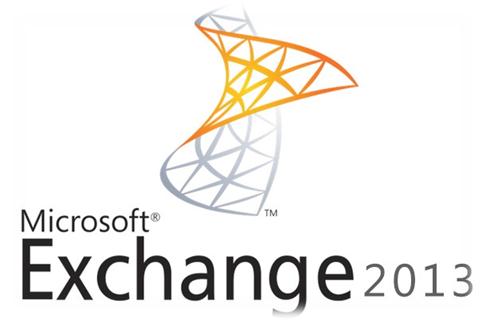 When designing a site resilient Exchange Server solution, one of the required planning tasks is to determine how many transaction logs are generated on an hourly basis. This helps figure out how much bandwidth will be required when replicating database copies between sites, and what the effects will be of adding additional database copies to the solution. If designing an Exchange solution using the Exchange Server Role Requirements Calculator, the percent of logs generated per hour is an optional input field.

Previously, the most common method of collecting this data involved taking captures of the files in each log directory on a scheduled basis (using dir, Get-ChildItem, or CollectLogs.vbs). Although the log number could be extracted by looking at the names of the log files, there was a lot of manual work involved in figuring out the highest the log generation from each capture, and getting rid of duplicate entries. Once cleaned up, the data still had to be analyzed manually using a spreadsheet or a calculator. Trying to gather data across multiple servers and databases further complicated matters.

To improve upon this situation, I decided to write an all-in-one script that could collect transaction log statistics, and analyze them after collection. The script is called GetTransactionLogStats.ps1. It has two modes: Gather and Analyze. Gather mode is designed to be run on an hourly basis, on the top of the hour. When run, it will take a single set of snapshots of the current log generation number for all configured databases. These snapshots will be sent, along with the time the snapshots were taken, to an output file, LogStats.csv. Each subsequent time the script is run in Gather mode, another set of snapshots will be appended to the file. Analyze mode is used to process the snapshots that were taken in Gather mode, and should be run after a sufficient amount of snapshots have been collected (at least 2 weeks of data is recommended). When run, it compares the log generation number in each snapshot to the previous snapshot to determine how many logs were created during that period.

Instead of looking at the files within log directories, the script uses Perfmon to get the current log file generation number for a specific database or storage group. This number, along with the time it was obtained, is the only information kept in the output log file, LogStats.csv. The performance counters that are used are as follows:

The script has the ability to analyze the output log file, LogStats.csv, which was created when run in Gather mode. It does a number of common calculations for you, but also leaves the original data in case any other calculations need to be done. Output from running in Analyze mode is sent to multiple .CSV files, where one file is created for each database, and one more file is created containing the average statistics for all analyzed databases. The following columns are added to the CSV files:

The script has the following parameters:

Run the script in Gather mode, taking a single snapshot of the current log generation of all configured databases:

Run the script in Gather mode, and indicates that no Exchange 2013 servers are configured in TargetServers.txt:

Run the script in Gather mode, and changes the directory where TargetServers.txt is located, and where LogStats.csv will be written to:

Run the script in Analyze mode:

Run the script in Analyze mode, sending the output files for the analysis to a different directory. Specifies that only sample durations between 55-65 minutes are valid, and that each sample can be taken a maximum of 10 minutes past the hour before being discarded:

When run in Gather mode, the log generation snapshots that are taken are sent to LogStats.csv. The following shows what this file looks like:

The following shows the analysis for a single database after running the script in Analyze mode:

By default, the Windows Firewall on an Exchange 2013 server running on Windows Server 2012 does not allow remote Perfmon access. I suspect this is also the case with Exchange 2013 running on Windows Server 2008 R2, but haven’t tested. If either of the below errors are logged, you may need to open the Windows Firewall on these servers to allow access from the computer running the script.

ERROR: Failed to get perfmon counters from server SERVERNAME

My Declaration of Independence

An Excellent Read - "The Success Principles" by...